Director Stanley Kubrick died in 1999, but he still remains an integral part of our culture today. The recent documentary Room 237 explored various conspiracy theories about The Shining. An extensive Kubrick exhibition is touring the world. And Kubrick’s work is continually noted as influential on contemporary directors of huge blockbusters such as Steven Spielberg and Martin Scorsese. Here are 12 things Stanley Kubrick would do in order to perfect a shot, performance, or film. 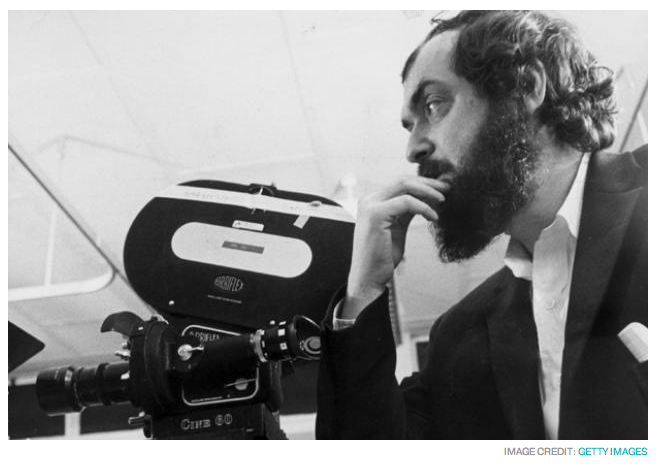 Kubrick left no stone unturned when it came to genre or source material. He sometimes worked with non-fiction elements and other times adapted novels into films. He used shorter stories as basis for 2001: A Space Odyssey and Eyes Wide Shut, one a science fiction epic and the other a character-driven drama.
Stephen King has been vocal about his hatred for Kubrick’s adaptation of The Shining, and Kubrick’s attempt to include author Gustav Hasford in the process of making Full Metal Jacketwas a failure. Despite his reputation, Kubrick actually accepted a lot of help with his screenplays, including assistance from Lolita author Vladimir Nabokov, who wrote the screenplay for the 1962 film.

As Martin Scorsese explained, “[Kubrick] doesn’t deal with traditional, dramatic structure. He was experimenting.” The obvious example of Kubrick’s break from structure is 2001: A Space Odyssey, with its three independent sections, “The Dawn of Man,” “Jupiter Mission,” and “Jupiter and Beyond the Infinite.” The segments are very different in terms of both action and theme, but that does not stop Kubrick from making a coherent film.
Kubrick showed an interest in experimenting with structure long before 2001; in his 1956 filmThe Killing, chronology does not limit the plot.
12 Stanley Kubrick Strategies for Perfecting a Film | Mental Floss
Labels: film Martin Scorsese performance shot Stanley Kubrick steven spielberg The Shining