Showing posts from January, 2014
Show all

The Process Of Raising Money For A Movie by Zoe Cassavetes

January 29, 2014
I Lived a Day According to Ben Franklin's Schedule and It Changed My Life - The Good Men Project
Read more

January 27, 2014
I Lived a Day According to Ben Franklin's Schedule and It Changed My Life - The Good Men Project
Read more

12 Years a Slave - Behind the Scenes 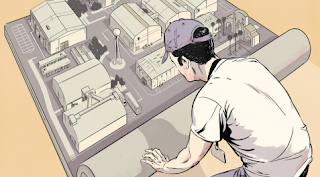 Junk Head: 4 years in the making: One lone filmmaker

January 07, 2014
There are many reasons why directors should handle their "business", but not many know how. Most directors just want to direct and want to find their "savior" in their producers. It has taken me several books, documentaries, schools (The Los Angeles Film School's Producing Program and Full Sail University's Internet Marketing Program), film organizations (Film Independent) and countless conversations with colleagues, to get closer to making my films a reality as a producer and a director. On  The Baby Cries  I wore both hats, but collaborated with producer Kristen Wair during various stages of production. Handling a lot of the business in development and pre-production, gave me time to flesh out logistics, budgets and schedules. Strictly managing my own personal schedule also gave me an opportunity to prepare my work as a director. It was this balance that became crucial to making The Baby Cries (an original short film comedy). Art, business and collabor
Location: Los Angeles, CA, USA
Read more
More posts