Showing posts from July, 2014
Show all

Crowdfunding For Beginners: The CEO of Seed & Spark Shares Her Secrets

Martin Scorsese on Story vs. Plot

Most Filmmakers Don’t Know How To Tell A Good Story by Mark W. Travis & ...

July 21, 2014
I've been looking for an online platform to breakdown, budget and schedule a few productions I've been working on. While I have endorsed services like Lightspeed in the past (which assisted with the production of The Baby Cries), I am always looking out for other services that engage the filmmaking community. I found this video on how Celtx works for Writers, Directors and Producers. If you are interested in how this platform works and how you can use it on your next production, check out the video.
Read more 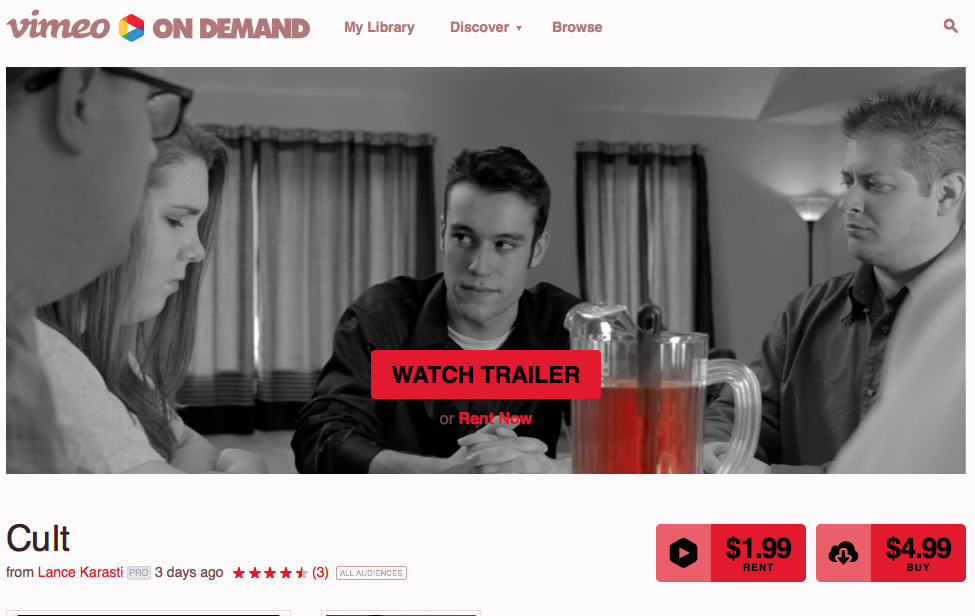 Guest Post: How I Made a Feature Film for Under $10,000 With A Crew of Two|Filmmakers,Film Industry, Film Festivals, Awards & Movie Reviews | Indiewire Lance Karasti is a first-time filmmaker who shot his first film, "Cult," a dark drama that explores mental illness, sibling relationships, and youth in power, for $10,000 on a Canon 7D in his parents' house. The crew consisted of two people (when actors weren't in shots, they would temporarily become crew members); below, Karasti explains how he pulled off the low-budget production, which is now available on  Vimeo on Demand. "You're crazy," is something I got used to hearing after telling people I was going to make a feature film for under $10,000 with a crew of two people in less than two weeks. The resulting movie, "Cult" is now completed and  available but I don't believe I proved them wrong. If you want to make a feature film at a young age (without a studio budget), you
Read more

Fireworks From A Drone