Showing posts from March, 2016
Show all

Martin Scorsese on the editing of Psycho: 'The Cut Becomes a Weapon'

Spielberg in 30 Shots from Jacob T. Swinney on Vimeo . from  Jacob T. Swinney Before I knew what a director was, I knew who Steven Spielberg was. I believe that this is partially due to the fact that Spielberg has crafted some of the most iconic shots in all of cinema. Many filmmakers have that one signature shot that will forever solidify them in film history-- Spielberg has dozens. This video showcases the work of Steven Spielberg in 30 memorable shots, one from each of his full-length films. From something as magical as a silhouetted bicycle streaking across the moon, to something as simple as tiny ripples in a cup of water, this is Steven Spielberg.  Films used (in order of appearance): Duel (1971) DoP: Jack A. Marta The Sugarland Express (1974) DoP: Vilmos Zsigmond Jaws (1975) DoP: Bill Butler Close Encounters of the Third Kind (1977) DoP: Vilmos Zsigmond 1941 (1979) DoP: William A. Fraker Raiders of the Lost Ark (1981) DoP: Douglas Slocombe E.T. the Extra-Ter
Read more 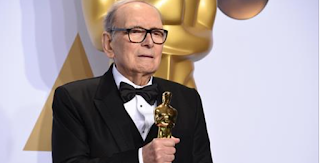