Showing posts from October, 2015
Show all

Most People Are Afraid To Follow Their Passion, Even For One Year 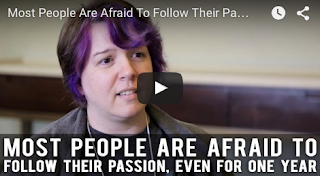 Most People Are Afraid To Follow Their Passion, Even For One Year by Jean Leggett CONNECT WITH JEAN LEGGETT http://onemorestorygames.com https://www.facebook.com/OneMoreStory... https://twitter.com/1MoreStoryGames LinkedIn -  http://bit.ly/1QKG0ut
Read more

The Editing Genius of Michael Kahn Michael Kahn is one of the most successful film editors in the business. Here’s an in-depth look at his legendary career. Top Image: Steven Spielberg and Michael Kahn via  Empire Magazine The most interesting thing about legendary editor  Michael Kahn  isn’t that he started by editing  Hogan’s Heroes , or that he became  Steven Spielberg ‘s go-to editor. No, the most interesting thing about Kahn is that he never really wanted to be an editor in the first place. He began his journey working in a New York mailroom and slowly moved up the ladder to become an apprentice. He advanced to assistant editor and finally head editor of the classic television series  Hogan’s Heroes . From there his career shot off like a rocket. Let’s take a detailed look at his classic career, one that made  Edgar Wright  say: We were shown a montage of Michael Kahn’s credits. It was possibly the most epic, daunting and yet inspiring body of work I’ve seen a
Read more

Steven Spielberg: Bridge of Spies FULL TALK (59:50): Director Steven Spielberg discusses his latest film,  Bridge of Spies , with Director Martin Scorsese. Steven Spielberg:  Bridge of Spies October 7, 2015 A DGA Q&A in New York An honorable attorney is thrust headlong into the murky world of Cold War espionage in Director Steven Spielberg’s biopic,  Bridge of Spies . Spielberg’s historical drama tells the amazing true story of James Donovan (Tom Hanks), a New York lawyer who accepts the unenviable task of defending Rudolf Abel, a Russian spy captured in America. After Abel is convicted, Donovan’s task becomes even more complicated as he’s drafted by the CIA to negotiate the release of U.S. pilot Francis Gary Powers, who was shot down over the Soviet Union during a mission in his U-2 spy plane, whom the Soviets may be willing to exchange for their man Abel. Following the DGA membership screening in New York on October 7, Spielberg had a conversation about t
Read more

LA Doculink Meeting: Fundraising for the Documentary! Meet the Funders 8... 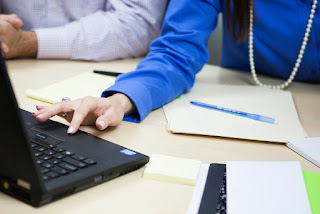 I've been involved in writing grant applications for two years, some successful, some not so successful. Part of writing applications is doing research on what grant foundations like CalHumanities, Sundance Documentary Grant and The Fledging Fund are looking for. No application is like the next, so you are constantly tweaking you narrative...your pitch, so that it resonates with organization's mission. I have a long list of fund granting institutions but not all are good fits for my current round of applications. If you are pursuing the grant funding route, make sure you do your homework and be prepared to rewrite extensively. Don't stop until you meet your first goal. You can do it! For starters check out this video from LA Doculink Meeting called "Fundraising for the Documentary! Meet the Funders". It's from 2012, so it's a little dated, but the information is useful. Good luck documentary filmmakers!
Location: Los Angeles, CA, USA
Read more

Spielberg lines up a shot of Tom Hanks on the set of Bridge of Spies. 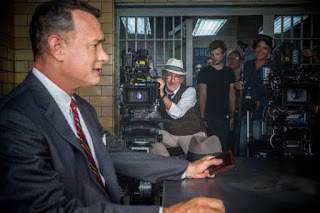 Spielberg lines up a shot of Tom Hanks on the set of Bridge of Spies.
Read more
More posts