Showing posts from April, 2015
Show all

Watch All of ILL THE ILLEGAL ALIEN's Adventures

Universal Pictures released the latest  Jurassic World  trailer on Monday, and it's the perfect mix of breathtaking and terrifying. In the trailer, the owners of Jurassic World face a problem: theme park ticket sales spike each time a new dinosaur is added, but the investors want more money. Their solution? Invent a genetically modified, bigger/more intelligent/horrifying dinosaur. What could possibly go wrong?
Read more

Should Filmmakers Ask For Copyright Permission? by Michael C. Donaldson ...

DJI's New Ronin M Gimbal Stabilizer Is Half the Weight of the Original Here are the specs that we know so far for the Ronin M: Weight: 5 lbs For camera/lens combos up to 8 lbs (3.6 kg) Over 6 hours of battery life Fully Removable handles Two regulated 12V P-taps, one 500mAH full-size USB connector, and a DJI Lightbridge connector Quick release system for the top handle allows users to mount the DJI Ronin-M easily to jibs, cranes, tripods, and many more. Solid, one-piece, magnesium camera-support frame provides extreme structural rigidity. Fully compatible with the optional DJI Ronin Thumb Controller The DJI Ronin M is expected to come in below the $2000 mark and should be available for pre-order by the end of the month.
Read more 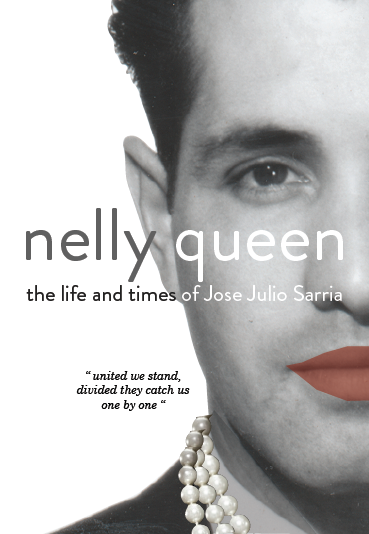 Click on the picture to see video. For several years I've been involved in a few crowd source fundraising campaigns to raise money for films I've been working on. More than half of the campaigns have been successful, but it has taken mounds of effort to raise money. My current Internet Marketing and crowd funding campaign is for an independent film documentary, "Nelly Queen: The Life and Times of Jose Sarria". We have two days left on IndieGoGo, having raised 45% of our $15,000 goal.  Here is an excerpt about the film: Nelly Queen: the Life and Times of Jose Sarria  is a feature documentary on the life of  Jose Sarria , the first openly gay American to run for office in 1961. The drag cabaret performer was an early and leading champion for equality for the homosexuals in San Francisco 15 years before Stonewall.  The 90-minute documentary revolves around personal footage taken by Sarria’s close friend and Executive Producer Joe Castel, spanning 23-years from 19
Read more

The Story of the Indiana Jones Bridge Scene

The 7 Dirty Secrets of Film Financing | Indiewire 1. The Dirty. There is no right budget. There is, however, a right budgeting formula. But before getting to this formula, I want you to consider writing an indie film budget like you would write a script. A widely renowned writer once told me his trick to knowing when a scene is complete. It is when if he removes one additional word, the scene no longer makes sense. The exact rule applies to making a skeletal budget. You price your film at the lowest possible cost, beneath which it cannot be made, and then you hide that budget. This anemic budget is your dirty little secret. It is to be placed in the back of your closet where no one except the moths can find it until you are forced to bring it out again. Until such time, you follow this formula: 2. The Sexy. You take the budget your director wants in a perfect world, and you cut it as much as possible. From that draft, you then deduct the value of the film in the marketplace that you
Read more
More posts