Showing posts from December, 2015
Show all

JJ Abrams Directing style Breakdown : Director Genetics  want to know how to direct like JJ Abrams? Do you like Alias? Do you like Star Trek? How about Lost? How about Star Wars ? How about Mission Impossible? Gosh darn it you are hard to please  look we all know that Feleisey is the best and most well known show in the world.. But apparently he has directed other things as well? So we need to talk about him and get the word out so we can eventually get the Felisty Movie. So today we are breaking down his style from the Good to the Bad to the In-between.
Read more

How the new "Star Wars" begins 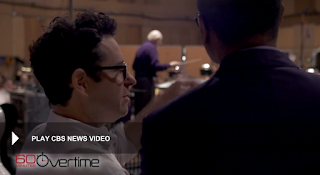 http://www.cbsnews.com/videos/how-the-new-star-wars-begins J.J. Abrams was 11 years old when he saw "Star Wars" for the first time. Like countless kids, he was mesmerized by the epic tale of good versus evil set in a galaxy far, far away. Little did he know that one day he'd be handpicked to write and direct the seventh film in the series, "The Force Awakens," which opens this week. John Williams Composer John Williams, 83, who created the original film's iconic score and has worked on every "Star Wars" since. In the video above, he records the opening music for "The Force Awakens." View More: Overtime Original News | Live News | More News Videos
Location: Los Angeles, CA, USA
Read more

Inarritu on Directing The Revenant | Four More Directors on the Decline of "Middle-Class Films," Facing Retirement | The Hollywood Reporter 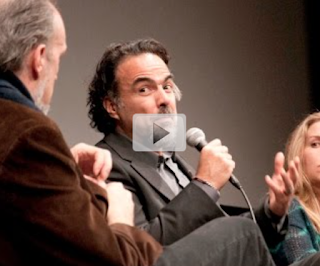 INARRITU  With Leo [DiCaprio], I said: "I would love to see you fragile, vulnerable, to see the man that can be broken." And he was very excited about it. And he transformed himself physically. He went on a diet, he let his hair grow to here, a beard that was almost like Santa Claus. What I like is, he is not only an actor, but his comments come from a filmmaker's point of view. He understands the film. And Leo has this internal rhythm that is just like a machine, like something that is blending things. And I was very impressed by that. http://bcove.me/5fykfi3m
Location: Los Angeles, CA, USA
Read more

Star Wars The Force Awakens IMAX Behind The Frame Featurette 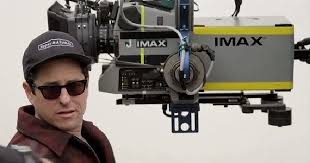 Roald Dahl's The BFG was first published in 1982 and has been enchanting readers of all ages ever since. Roald Dahl's books, which also include Charlie and the Chocolate Factory, James and the Giant Peach and Matilda, are currently available in 58 languages and have sold over 200 million copies worldwide. The BFG is the only book of Roald Dahl's that has never been adapted into a feature film. Originally created as a bedtime story, The BFG was Dahl's own favorite of all his stories. "It was very important for us to be loyal to the language," says Steven Spielberg, "and the great writer Melissa Mathison, who also wrote E.T.: The Extra-Terrestrial, wrote "The BFG." The BFG opens in U.S. theaters on July 1, 2016, the year that marks the 100th anniversary of Dahl's birth. We have the first teaser trailer a photo from the movie featuring Ruby Barnhill and a picture of Walt Disney and Roald Dahl hanging out together. Check it out. Read more at:
Read more