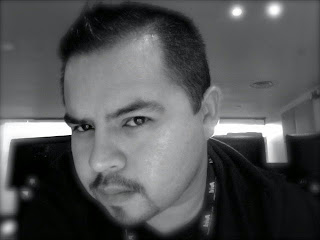 "Ten cents, ten million dollars, it just doesn't matter when a man's time comes."
In the Heat of the Night (1967)
Ulam(Arthur Malet)

Mario J. Novoa is a professional film director and producer who resides in California.

EARLY YEARS
Mario began his art education in Glendale, CA, at John Marshall Elementary School in the school choir and clarinetist in the school orchestra.  He pursued theater and television production at Vitor Valley High School in Victorville, CA. Under the direction of Kris Woerpel Hoveland, Mario began working as an assistant director, where he learned the art of stage direction, production management, and acting. Some of his productions included: "I Hate Hamlet", "Runaways", and "Voices from the High School" and assisted in the production of "Les Miserables". Mario was also the first president of the school's drama club where he was awarded a scholarship to a summer program, UCLA Media Workshops.

He furthered his technical and financial education at Victor Valley High School's San Bernardino Regional Occupational Program (R.O.P.): "Odyssey Instructional Television" and "Banking and Finance". Under the direction of Marc Bossi, Mario learned the craft of news broadcast writing, directing guest interviews (on location and in the studio), technical directing, camera operation, production sound mixing, and production management. Odyssey Television became the flagship program for Channel One News. Students broadcast live and taped television programs from a multi-million dollar television studio on the VVHS campus. Programming was also broadcast live to several CA High Desert communities.  Taking full of advantage of working with actors and learning the technical craft of television production, he was hooked and devoted to his passion.

FILM INDEPENDENT awarded Mario Novoa the BARBARA BOYLE SCHOLARSHIP to attend the Producing Program at THE LOS ANGELES FILM SCHOOL. There he further developed his directing, producing, and marketing skills. During his time at L.A.F.S Mario produced five short films, two of which won an industry award. Mario produced his work on various groundbreaking digital cameras, 35mm film, high definition cameras, and learning the art of editing on Avid. Mario's first internship while at school was with film director Gregory Nava (Selena, My Family) at EL NORTE PRODUCTIONS.

Filmmaker Statement 2016
Film Directing allows me tell a story with a bunch of other storytellers - cinematographers, sound mixers, production designers, line producers, creative producer, etc. Directing has been a devotion for me as I have studied techniques from various masters and have put them into practice, time and time again.

I love conceptualizing a story and writing the script. Taking the script and bringing a team together to engage them in the best ideas and scenarios they can come up to shoot a movie!

Working with actors is the best. Getting into their own psychology and the character's motivation is a fascinating experience to witness. The energy and will is transferred to the screen by these wonderful souls. In 2000 my film, "Goodbye My Love" won a Best in Story Award.

I've produced ten shorts and three feature films. Working with a number of directors have given a great perspective on creative producing and making sure that directors arrive close to their intended vision.

I've edited film and video for over 20 years. I consider myself a storyteller, so I am more involved with character and story development during the editorial process. While I am more an aesthetic editor, I keep up to date on all the changes happening in the industry. Avid Media Composer, Adobe Premier, iMovie, Final Cut Pro 7 and FCP X are just some of the tools I've used for "picture editing". Part of my work also includes working with sound editing programs; such as, ProTools, Soundtrack, Adobe Audition, etc. The most challenging of all in this process is tearing the story to shreds and putting back together to tell the best story possible. While this sounds simple, it is a time intensive period, full of discovery and joy.