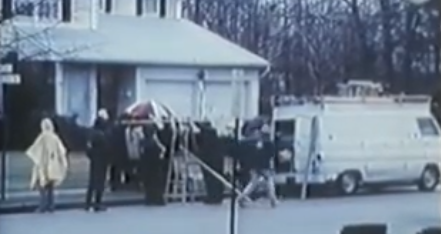 I love Francis Ford Coppola. His worked has profoundly influenced me for many years, but it hasn't been until this very moment that I feel/notice/understand why. George Lucas on a USC/Warner Bros. scholarship met Francis For Coppola on Finian's Rainbow. Coppola's third featured afforded young Lucas a chance to do a behind-the-scenes documentary on The Rain People. I love George Lucas' approach on this short...I get a chance to experience Coppola directing. It's an incredible short documentary. A moment in time, a crossroads for two filmmakers...in the early stages of their careers. Outstanding.
Behind the scenes documentary Finian's Rainbow Francis Ford Coppola george lucas The Rain People Warner Bros.